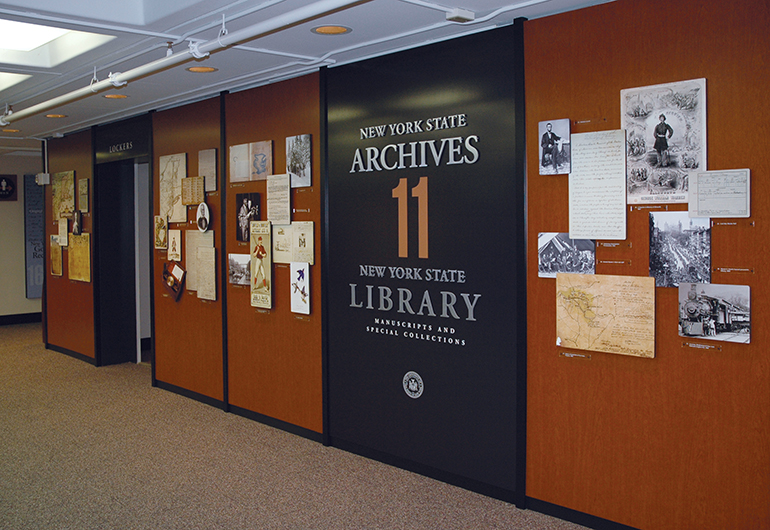 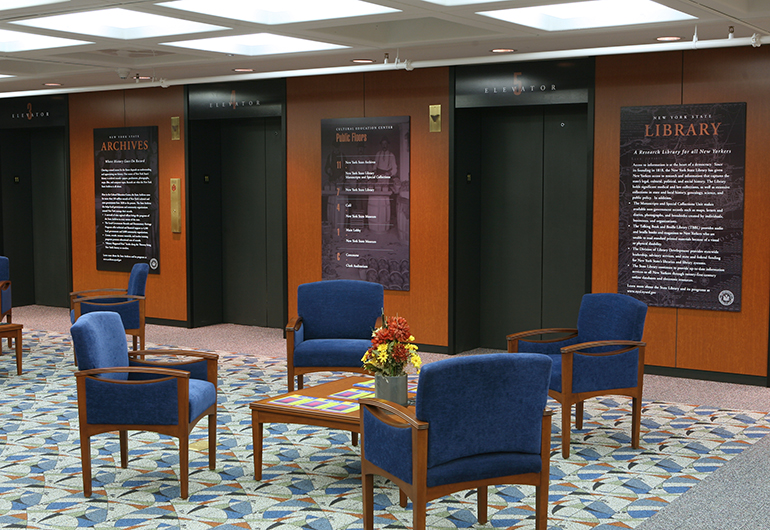 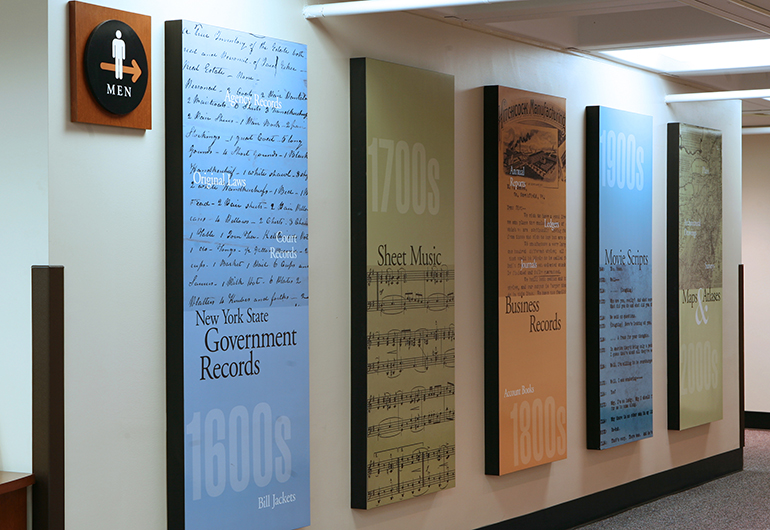 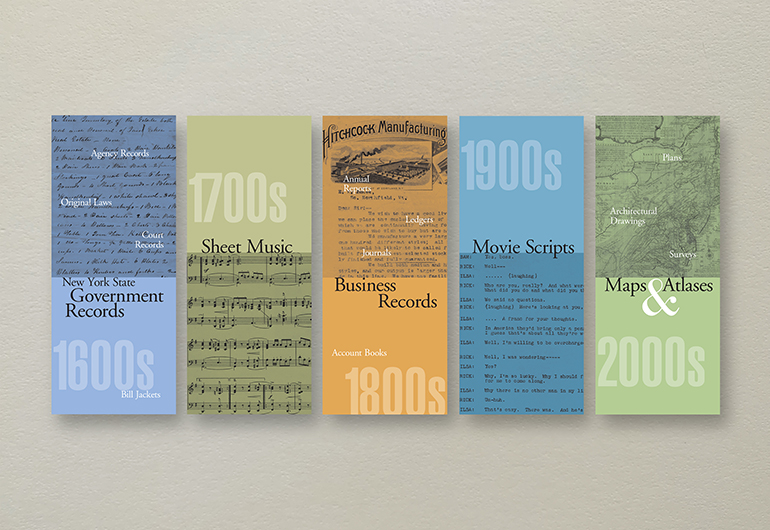 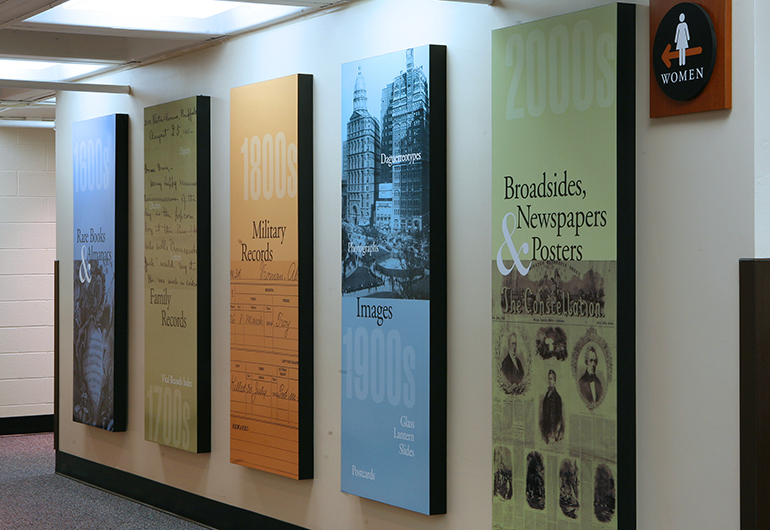 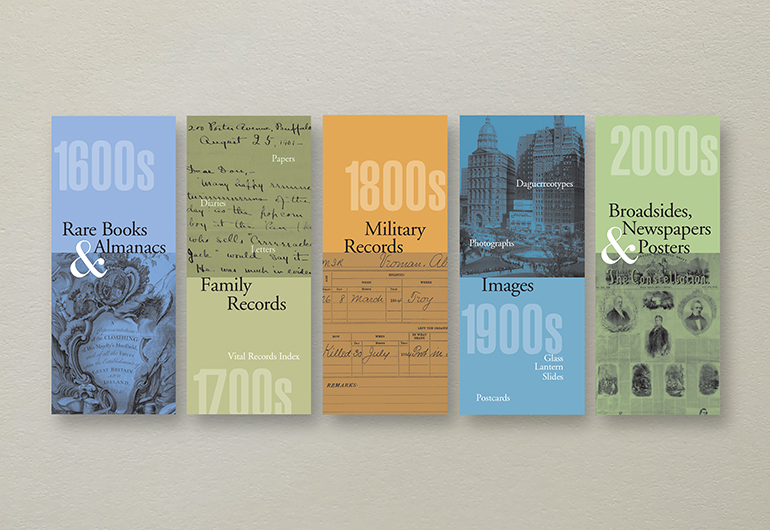 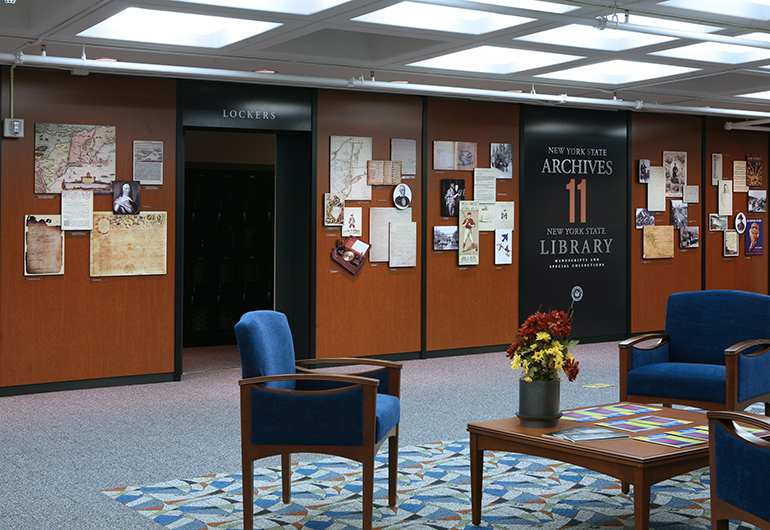 This project entailed designing an exhibition space in the lobby of the New York State Archives and New York State Library to showcase reproductions from their collections. A major limitation of the project was that the two main walls that were intended to house the exhibit were white marble to which nothing could be affixed. To work around that, we designed a floating wall system that matched the existing architectural elements in the space and was mounted to the floor and ceiling to conceal the marble and provide a surface on which to adhere graphics. Graphic reproductions of archival documents were printed, mounted to sintra, cut out and adhered to the floating walls in “layers”. The words “Archives” and “Library” were cut out of aluminum and mounted to the black signage panel. The project also included the design of a series of “broadsides”, as well as restroom signs for the side hallways.

A second phase of the project included an assessment of space usage in the Research Room on that floor which prompted several visual and functional enhancements. New wall colors were the most dramatic and instantly changed the appearance from institutional to inviting. Other components included new signage, large photographic reproductions, the elimination of unused furniture and addition of more practical pieces to provide additional storage. In the classroom, a wall cabinet consisting of sliding panels of wood tones and photographic reproductions was custom designed to conceal a large whiteboard.