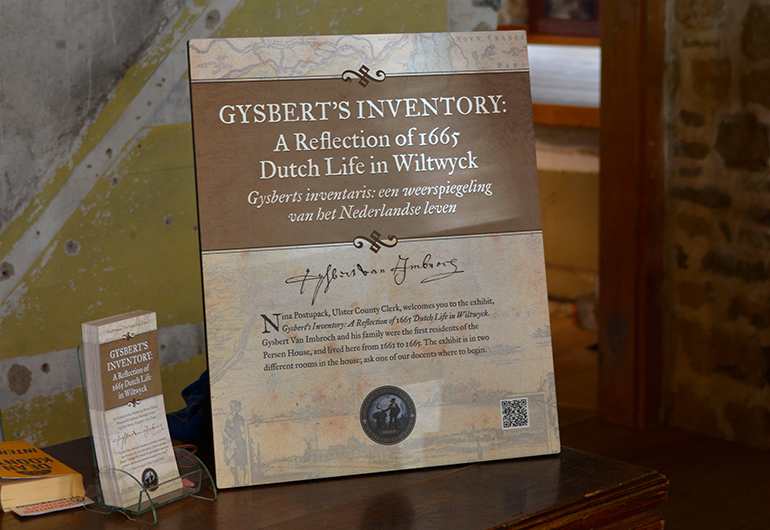 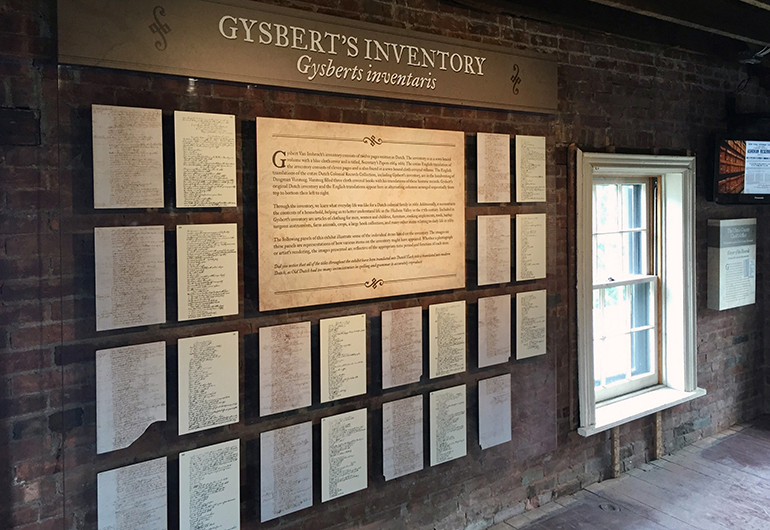 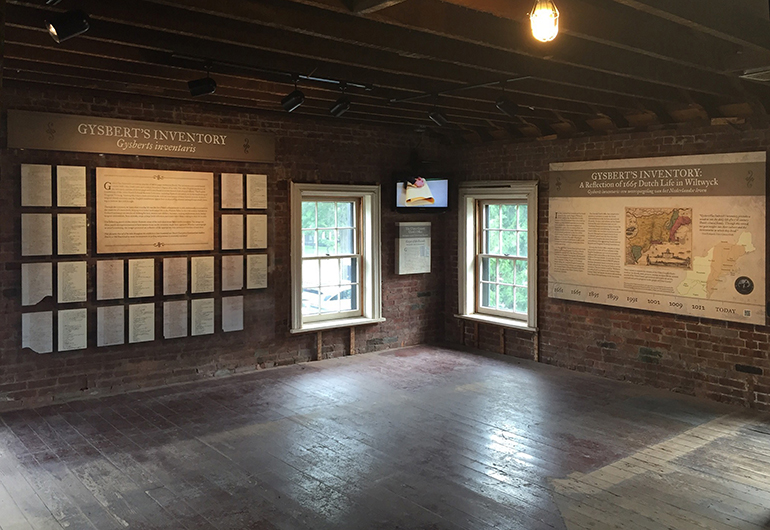 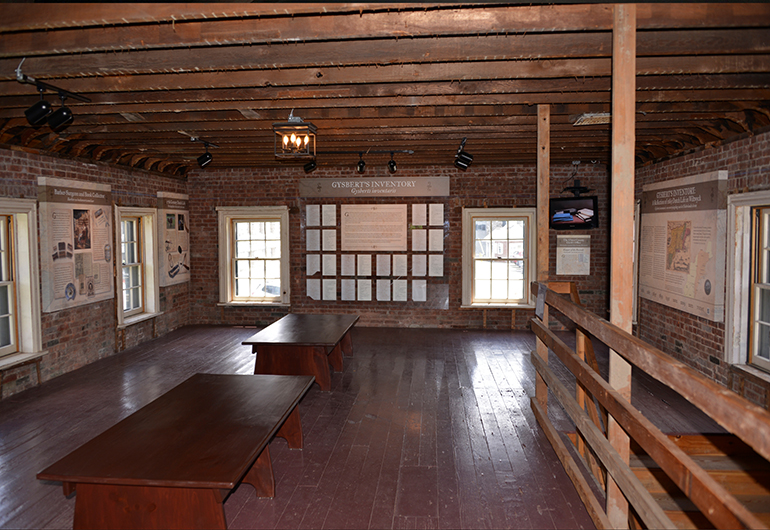 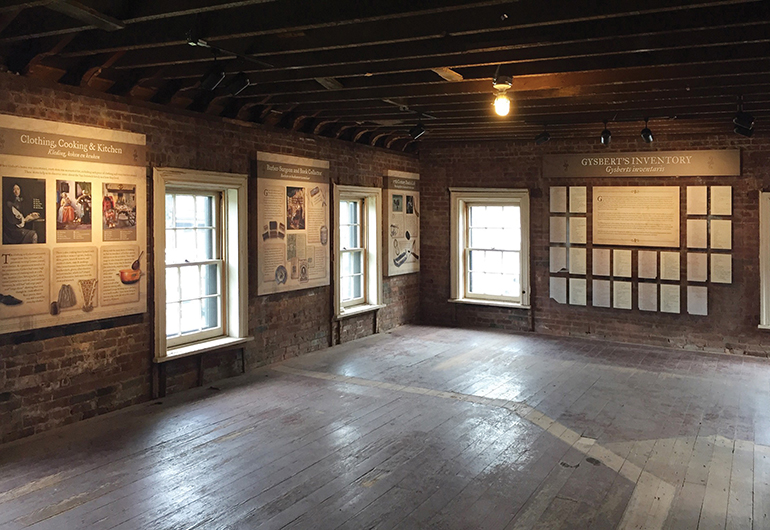 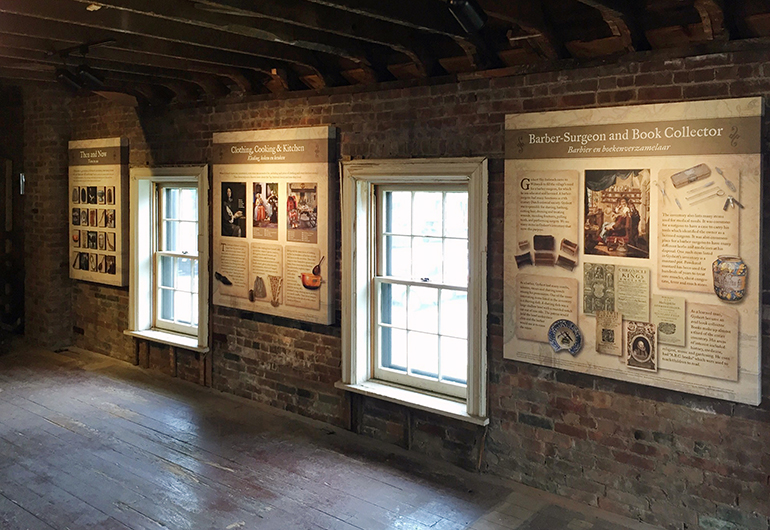 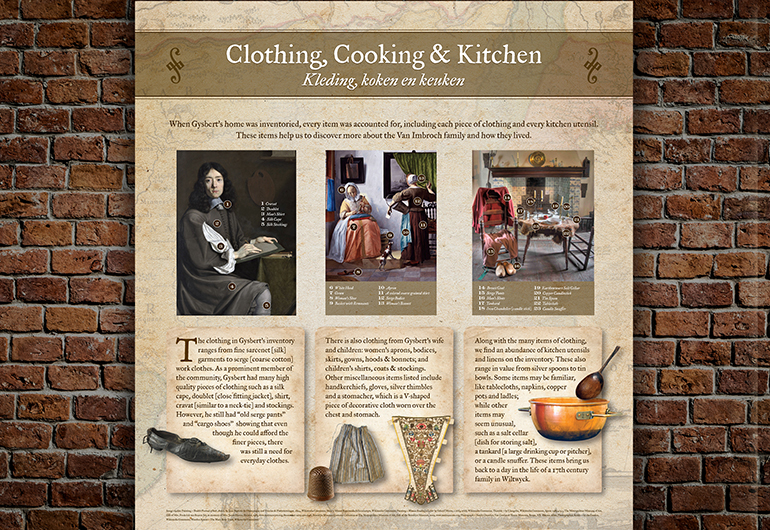 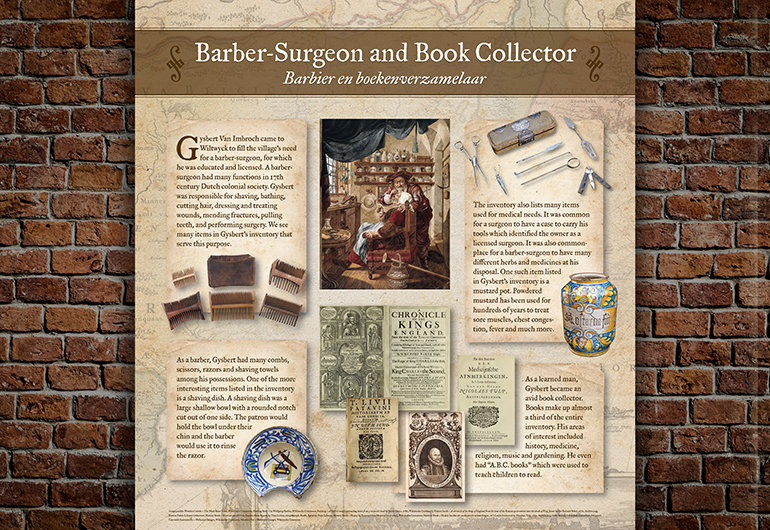 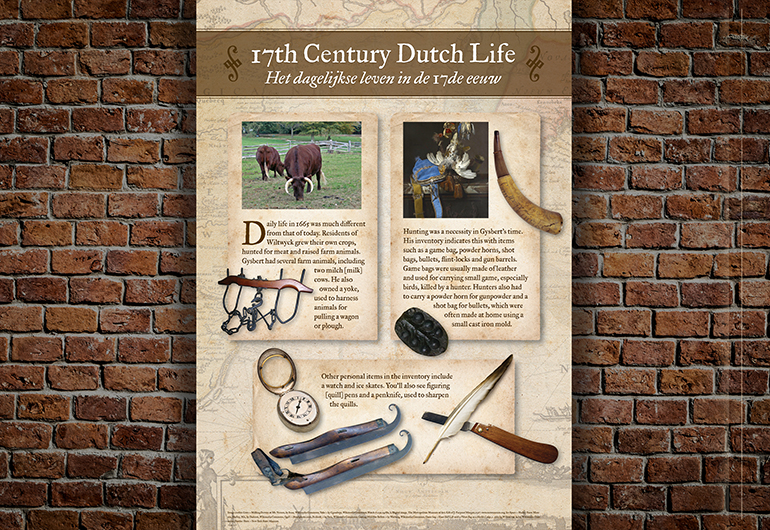 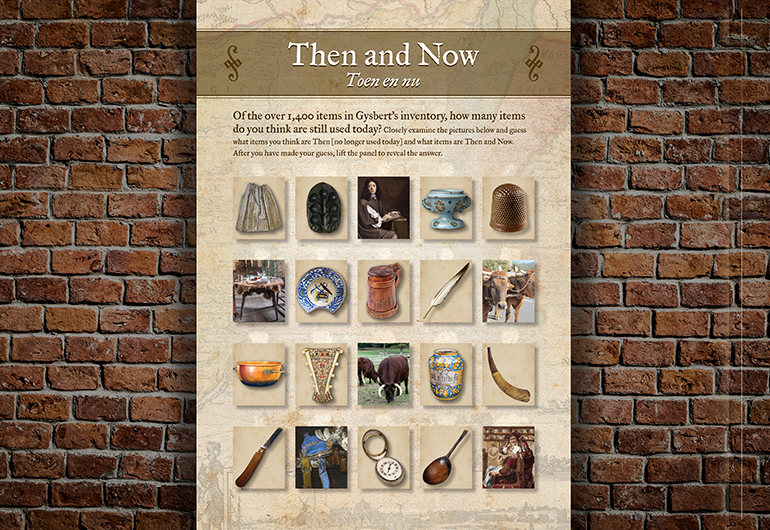 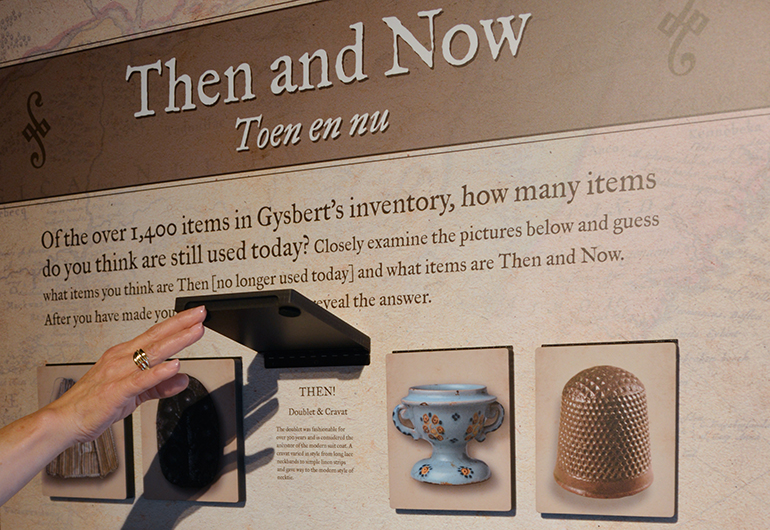 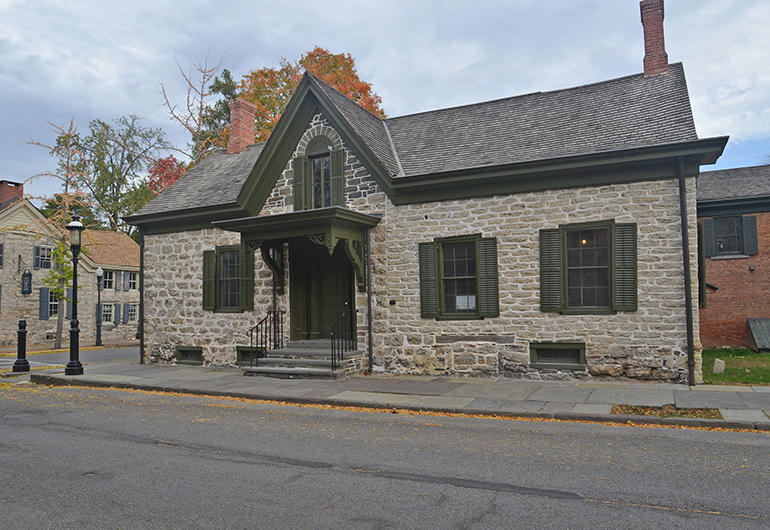 The project involved the design and fabrication of nine permanent exhibit components for the Matthewis Persen House in Kingston, NY. Owned by Ulster County since 1914, the Persen House underwent extensive restoration in 1999 which revealed that the house was built in five distinct phases from 1661 to 1922, and as such witnessed the entire documented history of New York's original capital.

The exhibit that we designed is centered around the 1665 inventory of the house’s original owner, Gysbert Van Imbroch's possessions taken at his request shortly before his death. The pages of inventory, originally written in Dutch, were translated to English around 1900 and list all 1,400 items found in the house at the time of Mr. Van Imbroch's death. Reproductions of these pages were mounted to a plexi panel which makes them appear to float above the brick wall. Additional panels include an introductory panel with the Novi Belgique Dutch map of that area in the 17th century, images of the types of items that were included on the inventory, and a Then and Now interactive panel has hinged panels that visitors can lift to reveal whether an item was used only in historic times or whether it is still used today.

The house is open to the public from May through November each year and is not heated or cooled, so that needed to be taken into consideration for the selection of materials and the fabrication of the panels.