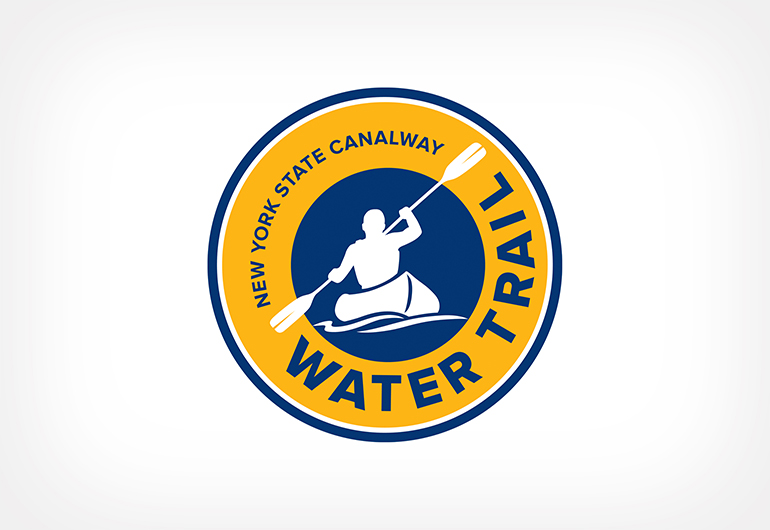 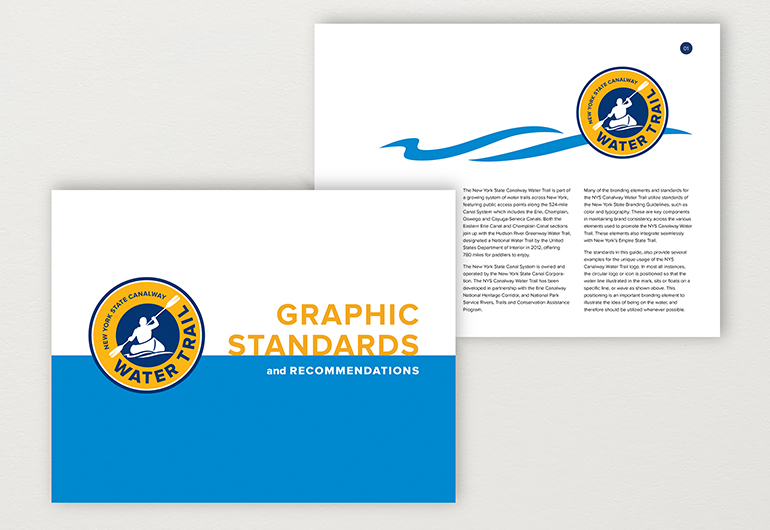 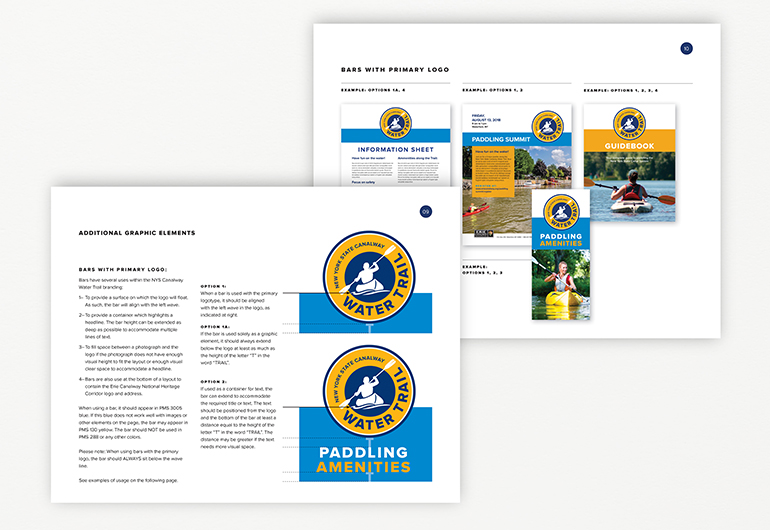 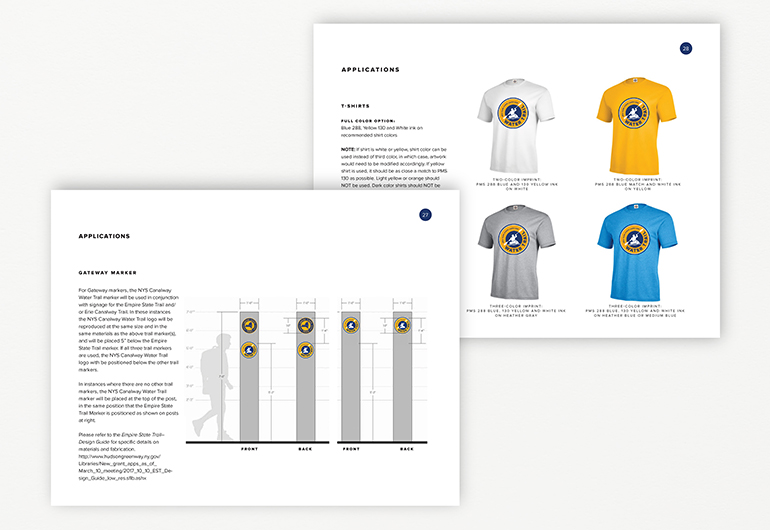 The New York State Canalway Water Trail is part of a growing system of water trails across New York and features public access points along the 524-mile Canal System which includes the Erie, Champlain, Oswego and Cayuga-Seneca Canals. We were selected to create the identity system for this massive trail. Since one of the main uses of the logo is a trail marker, it was designed as a circular icon and contains the typographic identifier. Color and typography align with New York State branding guidelines to coordinate with the Empire State Trail, of which it is a part, and the branding of the New York State Canal Corporation, which operates the state’s canal system.

A Graphic Standards guide was developed to maintain consistency in the development of marketing materials for the Water Trail by the client and other agencies who promote it. The guide outlines the usage of the logo, color, typography, iconography, and additional graphic elements. It also provides several examples of potential uses. In most instances, the logo is positioned so the water line in the mark "floats" on a bar or wave, which is an important branding element and illustrates the idea of being on the water.